An exhibition about synthetic landscapes, future archaeology and the periphery of urban planning, constructed around J.G Ballards novel The Terminal Beach. .

A reconstructed excavation in a meta landscape, somewhere between inner and outer realities. On the outskirts of the planned and constructed environment, between the extremes of creation and decomposition. Between premonition and oblivion. This is the Staggering Territory. A zone of synthetic contexts and suspended time. An “other” place where one has to seize the world anew, as a scavenger, using present findings and fragmented memories. A liminal space where actual objects become fictional strata. An uninhabitable habitat, like a fossil of the present, or ruins from the future.
The exhibition takes the classic J.G. Ballard story from 1964, and imposes this as science fiction scheme, on aspects of the urban environment surrounding us today. In J.G. Ballard’s short story, a man attempting to escape from a personal trauma, finds, or rather doesn’t find, himself on a manmade concrete island. The island, a former nuclear test site, is abandoned and resembles a post-apocalyptic vision. Between the decaying infrastructure and almost alien concrete buildings, his mental and physical decline escalates in correlation with the decay of the environment around him. His inner trauma and the outer trauma of the architecture fuses into a peculiar zone of non time, a conflation of past, present and future. The island becomes a historical, architectural and psychic zero. A synthetic landscape resembling an inner state of compulsory repetition, erosion and erasure. Parallel with the main character in the short story, the works of the exhibition move ambiguously between inner and outer realities. Dystopic, poetic and graphic. On different levels the exhibition comments on the architecture and city planning that surround us. All of the works share a reference point in the construction and dissolution of built environment. From fictionalized archaeology carried out in modern ruins, to rudimentary scale models and collages depicting collapsing spaces – constructed from digitally generated architectural plans. The exhibition suggests a future archaeological ground, constructed from fragments of a psychosphere of infrastructure – one that has been plunged, catastrophically, into a state of geographical and chronological abjection. The works attempt to generate ways of looking at conscious as well as unconscious mental processes, by way of geography and spatiality. 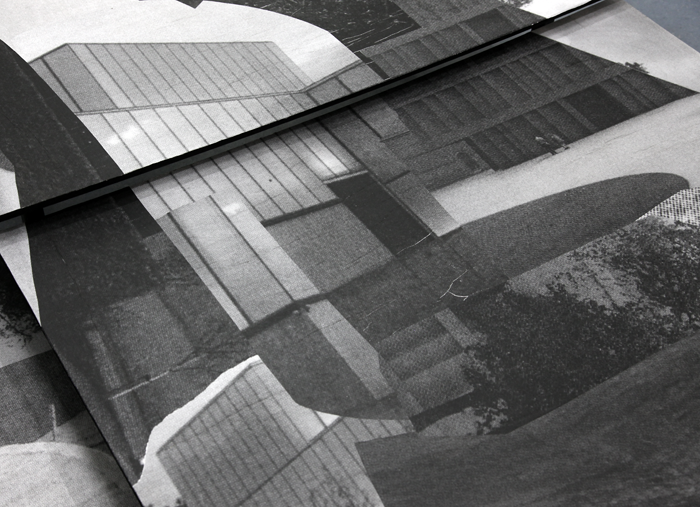 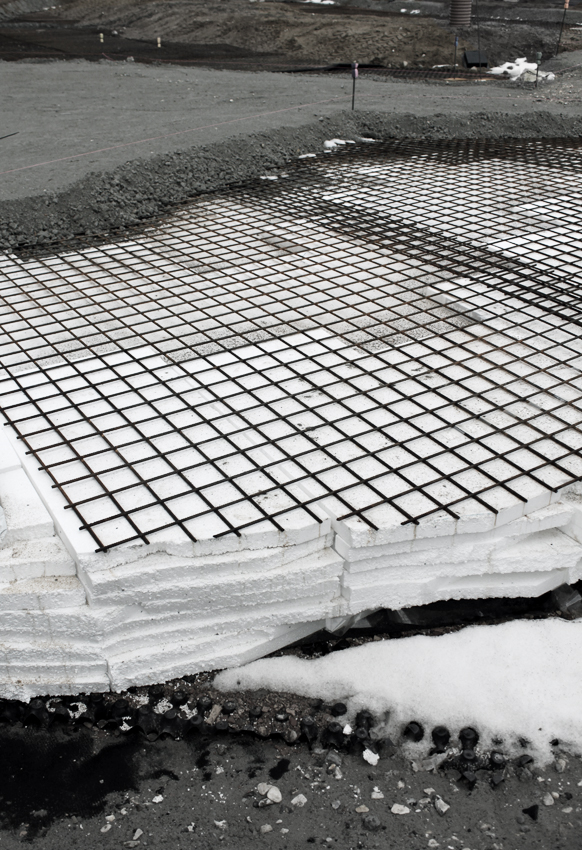 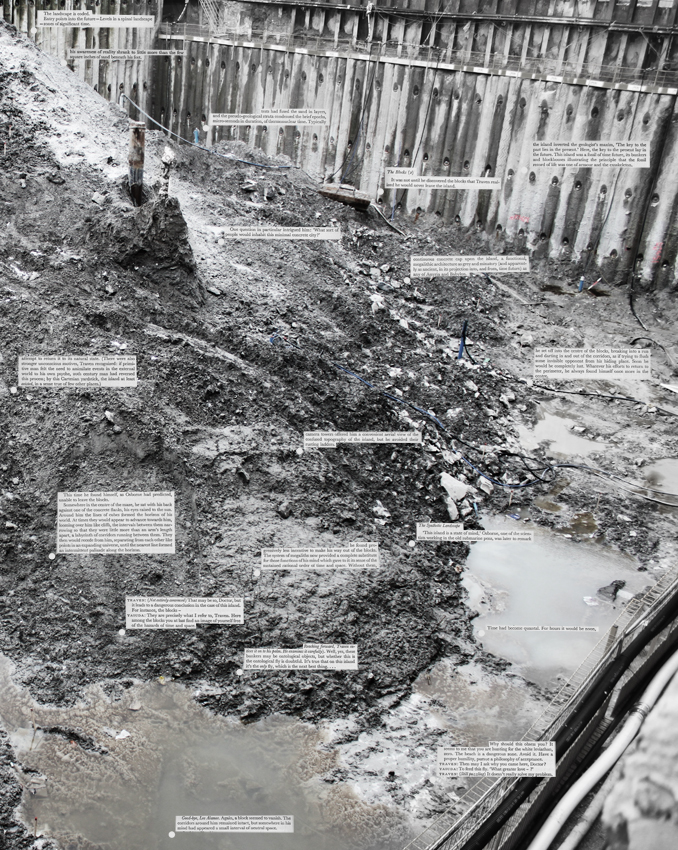 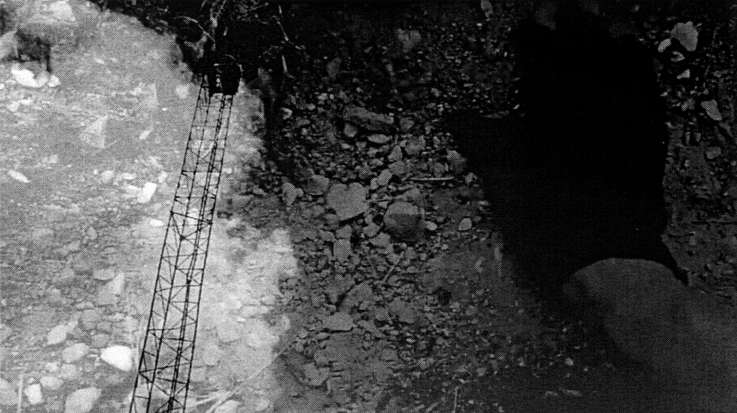 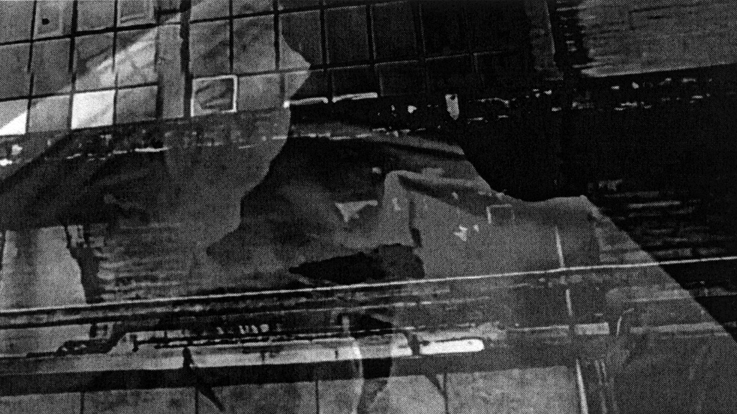 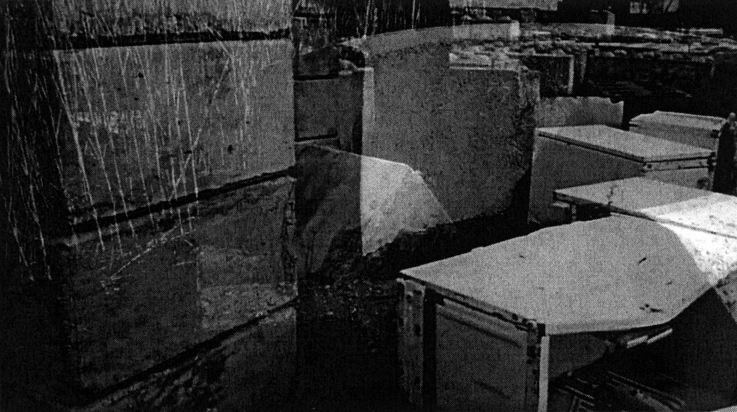 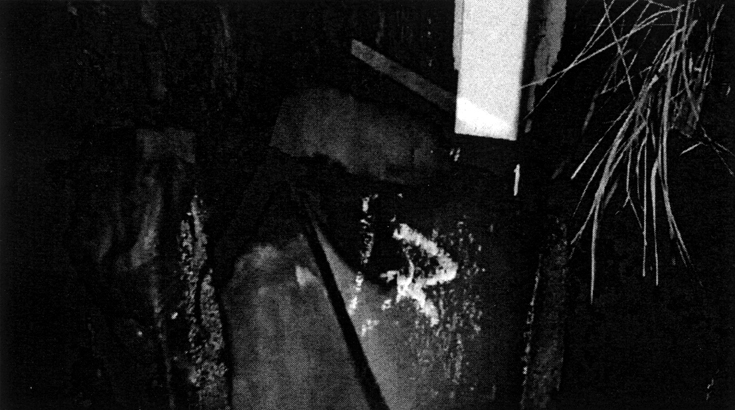 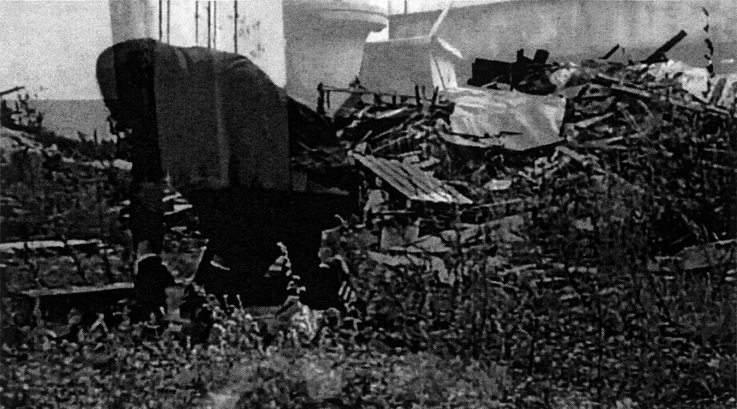 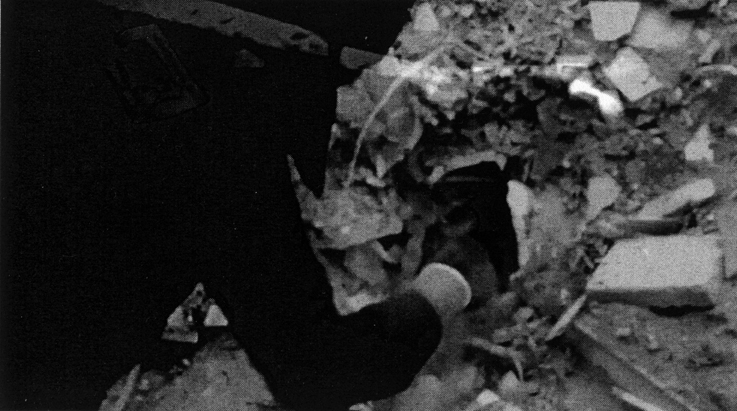